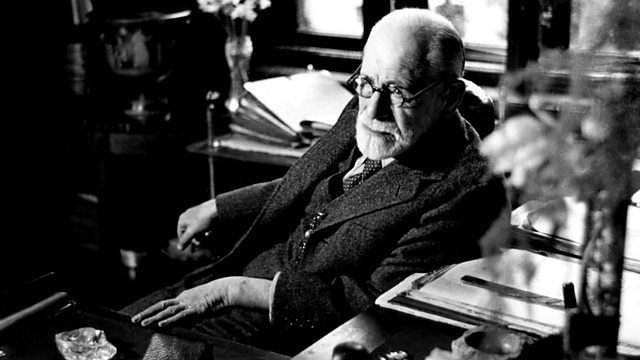 Composer David Matthews and psychoanalyst Anthony Cantle trace the famous walk that Mahler and Freud took around the Dutch town of Leiden.

100 years on, composer David Matthews and psychoanalyst Anthony Cantle retrace the walk that Mahler and Freud famously took around the Dutch town of Leiden.

On 26th August 1910, Gustav Mahler took a four hour walk with Sigmund Freud. Mahler's marriage to Alma was in tatters and, on the edge of a breakdown, he'd telegraphed Freud asking for an urgent consultation.
Freud was on holiday with his family in Leiden, Holland and asked Mahler to make the journey from Vienna to Leiden, which he duly did.

These two great Viennese Jews met for the only documented time in their lives in Leiden. They walked around the city for 4 hours and in that time, Mahler poured his heart out to Freud.

In this last summer of his life, Mahler had discovered that his wife Alma was having an affair with the architect Walter Gropius. This discovery seemed to totally unhinge Mahler. There are descriptions of Alma taking trays of food to him in his composing hut and finding him lying on the floor weeping his heart out. And he wrote a letter telling of how he stood at Alma's bedside night after night listening to the sound of her breathing.

And throughout this agonising period, Mahler wrote the sketches for his 10th Symphony. The music is highly autobiographical and much of its content reflects Mahler's extreme anxiety about Alma's betrayal and the future of their marriage, but it ends (in Mahler's draft) with a passionate reaffirmation of love.

The 10th Symphony remained unfinished at Mahler's death the following year. David Matthews helped with the orchestration of Deryck Cooke's performing version of the Symphony.

In this programme, David Matthews and Anthony Cantle visit Leiden 100 years on, to walk and talk together about this tantalising episode which is close to both of their hearts. Not only do they retell the story of the meeting and give it a context, but as a composer and psychoanalyst, they also bring their own professional and personal insights to the story.

David Matthews is a British composer of mostly orchestral, chamber, choral, vocal, and piano works that have been performed throughout the world; he is also active as a scholar and writer.

Anthony Cantle is a Fellow of the Institute of Psycho-Analysis, London and a practising Psychoanalyst. He's also a member of the UK Gustav Mahler Society.