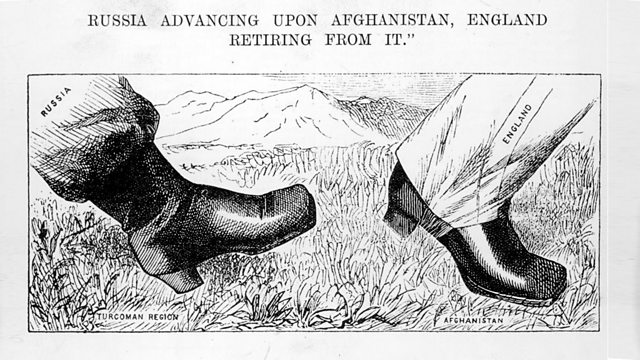 Recent leaks on Afghanistan questioned the way the military operates. Jonathan Freedland looks at the case of a 19th century officer who challenged British strategy in India.

Jonathan Freedland with the series which searches for the past behind the present, exploring a moment in history which illuminates a contemporary debate.

Recent leaks from inside the military questioned the way the war in Afghanistan is being run. Jonathan Freedland looks at the case of a 19th Century officer who challenged British strategy in India.

What does the military establishment do when confronted by a leak from the inside? Jonathan Freedland looks at the story of a 19th century intelligence officer, Sir Charles MacGregor, who, although a serving soldier, published his concerns about British troop levels in India and on the North West Frontier. Jonathan looks at the story of MacGregor, who feared that British intelligence was poor and that British troops would not be able to withstand an onslaught from the Russians. The programme also looks at the challenge the military establishment faces now when information is much more easily released into the public domain, and as the war in that region continues.