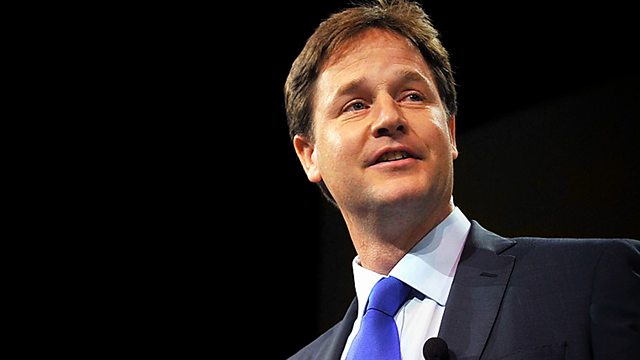 Of his career, he says: "Joining the Liberal Party was a no brainer for me - when you're a young man, you don't get a calculator out saying 'Am I going to get to power?' you get propelled forward by idealism". Yet this week more than any other, critics have questioned whether his interest in power has meant his ideals have had to take a back seat.

In this candid conversation, he describes the behind-the-scenes negotiations that underpinned the coalition and he shares the personal trauma when, after his wife and baby son had both been dangerously ill, he wondered whether a political career would place too heavy a burden on his family.

Record: Schubert - Impromptu No.3 in G flat major
Book: The Leopard by Giuseppe Di Lampedusa
Luxury: A stash of cigarettes.