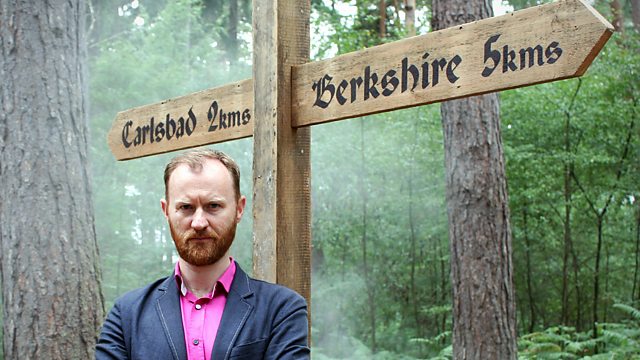 A History of Horror with Mark Gatiss
Episode 2 of 3

Mark Gatiss continues his celebration of horror cinema by uncovering the stories behind the films of the 1950s and 60s, an era dominated by Hammer Films.

Three-part series in which actor and writer Mark Gatiss (The League of Gentlemen, Doctor Who, Sherlock) celebrates the greatest achievements of horror cinema.

Mark uncovers stories behind the films of his favourite period - the 1950s and 60s - which fired his lifelong enthusiasm for horror. These mainly British pictures were dominated by the legendary Hammer Films, who rewrote the horror rulebook with a revolutionary infusion of sex and full-colour gore - all shot in the English Home Counties.

Mark meets key Hammer figures to find out why their Frankenstein and Dracula films conquered the world, making international stars of Christopher Lee and Peter Cushing. He looks at the new boom of horror that followed in Hammer's wake, including the ravishing Italian movie Black Sunday, and talks to the influential American producer Roger Corman about his disturbing and dreamlike Edgar Allan Poe films. He also explores the intriguing cycle of British 'folk horror' films, such as The Wicker Man and Mark's personal favourite, Blood on Satan's Claw.

Mark also speaks to leading horror ladies Barbara Steele and Barbara Shelley about their most famous roles, makes a pilgrimage to Whitstable, home of Peter Cushing, and finds out why Dracula's bedroom activities got the British censor steamed up.

See all episodes from A History of Horror with Mark Gatiss