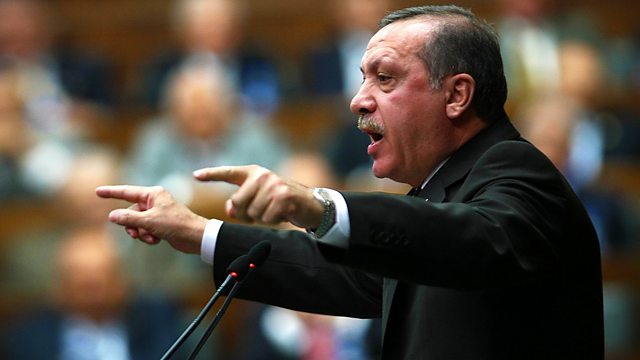 Turkey is on the rise, economically and politically. Edward Stourton examines the apparent contradiction of its secular constitution and its government's Islamist roots.

Turkey's increased economic and political importance makes it a place which outsiders need to understand.

Since 2002, the nation has been governed by the AKP, a political party with Islamist roots. The AKP's time in power has coincided with improvements in Turkey's economic management, the rise of its international influence and a dramatic decline amongst its citizens of support for sharia law.

Outsiders tend to see Turkey as wrestling with a choice between Islamism and secularism. However the nation seems able to live with - even prosper under - the apparent contradiction of a government with Islamist origins and a secular constitution.

Edward Stourton attempts to unravel the complicated reality of Turkish politics and get beyond the usual Western obsession with whether Turkey's loyalties lie with the West or the Islamic world. He investigates the new elites that are shaping the country's future. Will they help Turkey fulfil its dream of becoming a global power and the West's dream of a model Muslim democracy?

The featured contributors in the programme are:

Firdevs Robinson, an editor and Turkey specialist at the BBC World Service

Ceren Coskun, a British-Turkish academic at the London School of Economics

Professor Henri Barkey from the Canegie Endowment for International Peace

Dr Soner Cagaptay from the Washington Institute for Near East Policy

The Spirit Level: the theory of everything?

The secret history of Analysis