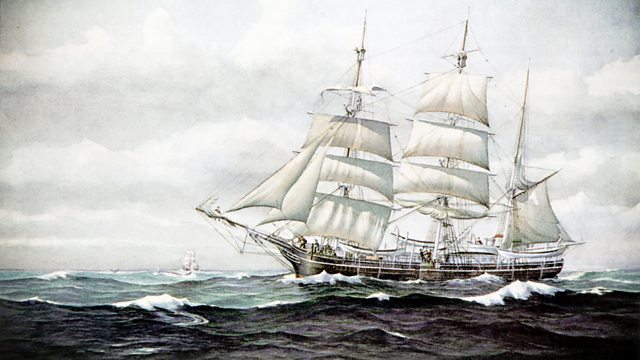 Stef Penney, author of the critically acclaimed The Tenderness of Wolves, has adapted this well known American novel by Herman Melville.

Moby Dick is a story, she says, that gets its hooks into you, even though it's one of the strangest books you'll ever read. It has very little narrative, no character development to speak of, and there's no dramatic conflict for over five hundred pages. And yet it's completely compelling, like a fevered dream or a horror film, and, of course, as soon as Moby Dick is mentioned, you know where you're going to end up. For anyone who has ever longed to escape, it is the ultimate trip - and the ultimate morality tale of why you shouldn't go! Captain Ahab is all our darknesses personified; not an evil figure, but a decent, intelligent, could-have-been-ordinary man who gives in to the tyranny of an obsessive dream, or in this case, nightmare.

In Episode 1, Ishmael, now in middle age, looks back on his younger self and remembers how this voyage of a lifetime began.