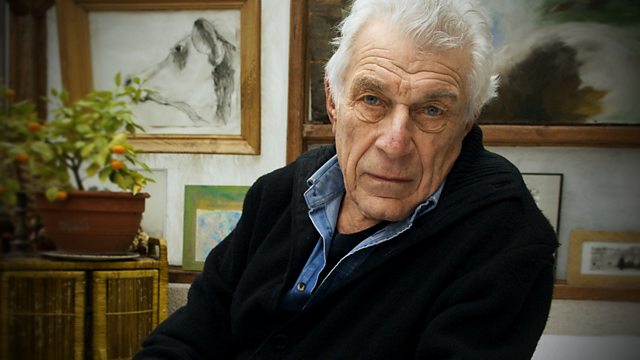 An investigation into the meaning of archives, as curator Jamie Andrews looks through the materials writer John Berger donated to the British Library.

In this literary celebration of the work of a great writer and thinker, we evaluate John Berger's donation of his archive to the British library and ponder the meaning of archives. John Berger characteristically didn't want to consider any kind of "mercantile" approach to the archiving of his writings. So he donated them to the British Library. In this public institution, he hopes the reader will enter "the company of the past" as they open any one of the 80 boxes of his materials. The reader will come across countless letters because Berger was a keen letter writer as well as a creative collaborator. For Berger the words of others in his archive are perhaps more important than his own words. But for the young cataloguer who was chosen to work through the material and write about it, it is a chance to re-evaluate a writer and see the archive as a work of art in itself - in effect to publish it for the public.

For the curator of modern literary manuscripts, Jamie Andrews, this acquisition is particularly special because he loves Berger's writing and because Berger invited him to his farm on the Franco-Swiss border. This was part of a very Berger-esque deal: Jamie got the archive but he had to come and help pack it up and also help the villagers with the haymaking because it was harvest time. Keen to share the adventure and the role of the library with the public, Jamie Andrews used new "audioboo" software to upload his commentaries.

We also hear from Berger expert and writer Geoff Dyer and from composer Gavin Bryars who wrote music for Berger's series of letters about art and colour "I Send You This Cadmium Red" (broadcast in Radio 3's Between the Ears series).

Harvesting the Archive is presented and produced by Judith Kampfner.
Sound design by Jon Calver.