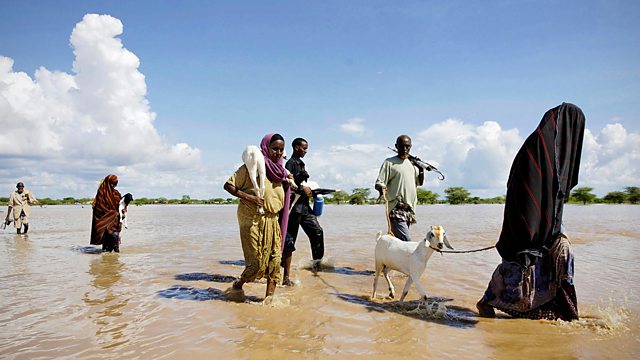 Can Lawyers Save The World?

Climate change litigation is already big news in the US and the number of environmental cases in our own courts could be about to increase. Tom Heap asks what the law can do.

Climate change has already claimed its first victims. Displaced people from the Carteret Islands, Bangladesh, Ethiopia, Kenya and the Niger delta have already become climate refugees but from whom can they seek refuge or even compensation?

Environmental Justice Foundation is calling for legally binding agreements to protect those displaced and there are various legal cases in action that could set a precedent for compensation.

400 Alaskan residents are suing energy companies for creating a public nuisance and for conspiracy (in funding research to 'prove' there is no link between climate change and human activity). Tuvalu, the low lying nation in the pacific, has threatened to sue Australia and the United States for their contributions to climate change and in the latest and most high profile case Katrina victims are taking the big oil companies BP, Shell, Chevron Exxonmobile, to court.

So far displaced people have not been defined as refugees so they have no legal rights but countries could be expected to take a number of migrants equivalent to their contribution or compensate victims for their loss.

Myles Allan of Oxford University has set up models to predict how much climate change attributable to man has caused extreme weather conditions like the flooding here in the UK in 2000. Sophisticated modelling could make it easier to attribute blame and a recent ruling in the European Court means that victims of environmental crime should find it a lot easier to take their cases to court. Big insurance companies are already warning their clients to expect compensation suits but there is still some way to go before precedent has been set in the case of climate change and nobody knows what will happen once these floodgates have opened.

Tom Heap talks to victims of Katrina who are already taking lawsuits and flood victims in the UK on the anniversary of the 2000 flooding to find out whether the courts can really offer compensation where international governments have failed to act.