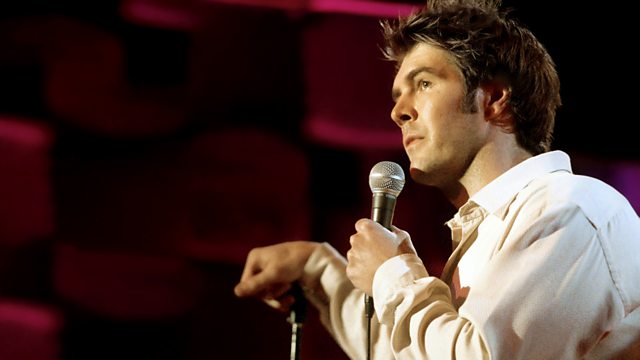 Comedy from the Welsh funnyman, with Greg Davies, Jon Richardson, Sarah Millican. The Hoosiers provide the music. From October 2010.

With live music from The Hoosiers.

Find out what aliens know about teeth; why young people are as annoying as a nude Elton John playing the vuvuzela; and what depths Rhod would sink to become a kung fu master.

See all episodes from Rhod Gilbert's Bulging Barrel of Laughs