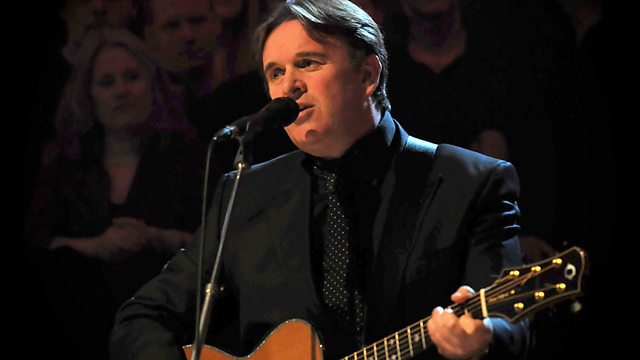 Justin Currie, Chris Difford and Boo Hewerdine are the featured artists as BBC Four combines great singer-songwriters for unique concerts celebrating the craft of the song.

Filmed at Bush Hall on Uxbridge Road in west London, these concerts see three singer-songwriters perform their classic songs in turn, while helping each other out musically with harmonies and the odd guitar part. The artists only meet an hour or two before going on stage and, in between performance, take viewers inside their work, chattng about their songs, their history and background.

The three songwriters - Justin Currie, formerly of Del Amitri, who wrote hits including Nothing Ever Happens; Chris Difford, who mixes his solo work with Squeeze hits such as Up the Junction; and Boo Hewerdine, formerly of The Bible and perhaps best known for writing Patience of Angels for Eddie Reader - compare notes on songwriting, life after Top of the Pops and the male menopause.

See all episodes from Songwriters' Circle