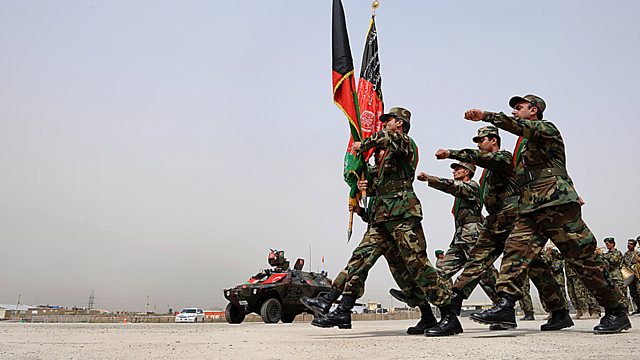 $27 billion has been spent on training the Afghan police and army, to allow British and other troops to eventually withdraw. But are they ready to take control of their country?

The planned withdrawal of British and other foreign troops from Afghanistan relies on the Afghan army and police to take over security duties.
Since 2002, the USA has spent $27bn - over half of its total reconstruction fund - training and equipping Afghan forces. The aim is to build up an army of 171,600 people and a police force of 134,000 by October 2011.
The Afghan President Hamid Karzai wants national forces to be in complete control of the country by 2014.
But these targets, and the loyalty of some personnel, are called into question by recent killings carried out by members of the Afghan security forces:
*20 July 2010: two US weapons trainers were shot dead by an Afghan soldier
*13 July 2010: three British soldiers were attacked by an Afghan soldier who shot one dead in his bed and fired a rocket-propelled grenade which killed two others
*3 November 2009: three British soldiers and two members of the Royal Military Police were shot dead by an Afghan policeman.
An investigation published in June 2010 by the US Special Inspector General for Afghanistan Reconstruction found that officials had often overstated the readiness of Afghan forces, rating some units as first class when they were incapable of fighting the Taliban on their own. It also reported high levels of desertion, corruption and drug abuse.
Gerry Northam asks if the transition to Afghan control is really on track.