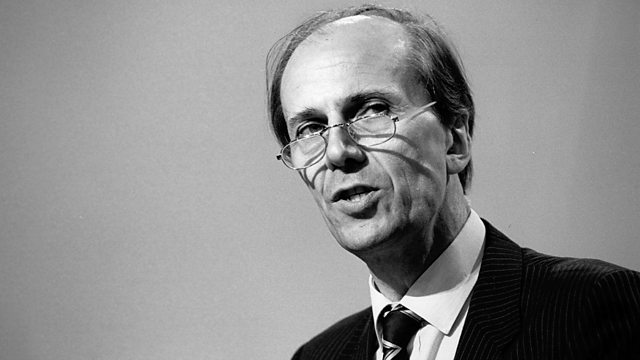 A Working-Class Tory Is Something To Be

David Davis MP explores the history of the working-class Tories: from the Victorian trade union leader who stood as a Tory candidate to Norman Tebbit in the 1980s, and on to today.

David Davis MP delves into the BBC sound archive to explore the history of a crucial political group: the working-class Tories.

Ever since British mass democracy began, the working-class vote has played a crucial part in returning the Conservative Party to power.

And yet, for many years, there was barely a handful of working-class Conservative MPs in Parliament.

But the rise of the working class Tory culminated by the 1980s with the central presence in the Thatcher Cabinet of Norman Tebbit, and the introduction of such policies as council house sales.

Edward Heath, Margaret Thatcher and John Major all came from 'humble' backgrounds, in stark contrast to their aristocratic predecessors.

So where is the working-class Tory today? On the one hand, Britain appears to some a much less hierarchical society. On the other, we have our first Etonian Tory PM in almost half a century.

David Davis is a Tory from a working-class background - and is the man Cameron beat in 2005 for the Party leadership. In this programme, he explores the rise and fate of the working-class Tories, as charted in the BBC sound archive.

And he talks to former and current working-class Tory Cabinet Ministers like Lord Tebbit, Conservative Party Chairman Baroness Warsi, and Eric Pickles, the Secretary of State for Communities and Local Government.

He discovers why, in Oldham in 1899, one of Britain's toughest trade union leaders ran alongside Winston Churchill as a Tory candidate.

Davis listens to a rare interview with Edith Pitt, a young Birmingham woman who left school at 13, became a Conservative during the Depression of the 1930s, and went on to serve in Government.

And he explores the attitudes of senior Tories to the '30s hunger marchers - of whom his grandfather was one. And how the Depression shaped the politics of future Prime Minister Harold Macmillan, many of whose Geordie voters were working-class.

Davis discovers how Norman Tebbit, who himself grew up poor in the 1930s, considered Macmillan a failure as Prime Minister. And how, when the upwardly mobile Tebbit became a Cabinet Minister, he found Macmillan disparaging him as a Cockney interloper in the party elite.

And he rediscovers Reginald Bevins, a Liverpudlian of 'modest' background who left Labour to join the Tories and ended up in Cabinet under Macmillan. He watches an interview in which Bevins recounts his despair at the choice of the aristocratic Alec Douglas-Home as Macmillan's successor.

Two of the great comic creations of the 1960s - Albert Steptoe and Alf Garnett - were defiant working-class Tories. With historian Dominic Sandbrook, Davis watches episodes of 'Steptoe and Son' and 'Till Death Us Do Part' to unpick how the working-class Tory was seen in the age of Harold Wilson.

He explores how the appeal of Tory Enoch Powell to Labour voting dockers complicated the picture in the early 1970s. And how all this looked from Europe.

PRESENTER:
David Davis was born in 1948 to a single mother, and was brought up on a council estate in south London. He was adopted by a Polish Jewish print-worker with strong trade union links; his grandfather was a committed Communist. He attended state school and Warwick University, and was the National Chairman of the Federation of Conservative Students. He became a Tory MP in 1987, and was Shadow Home Secretary from 2003 to 2008.

Open that Door: Gay Comedy in the Last 30 Years

The Death of the Battleaxe