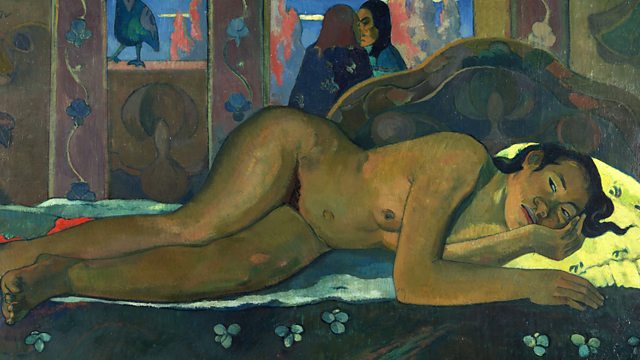 With John Wilson, who talks to novelist Nick Hornby and musician Ben Folds about their songwriting partnership. A major new Gauguin retrospective. And photographer Terry O'Neill.

Photographer Terry O'Neill first made his name in the early 1960s, capturing the new celebrities of the decade, including The Beatles, The Rolling Stones, Mary Quant and Jean Shrimpton. As a new exhibition of his work opens in Manchester, he reflects on his career, including memories of photographing Frank Sinatra taking a morning stroll on Miami Beach, flanked by minders.

A new film Buried opens this week, in which a US contractor is held captive in Iraq in a wooden box buried underground. The entire film takes place within those strict confines, which prompted critic Larushka Ivan-Zadeh to think about other claustrophobic cinematic moments.

Made in Dagenham and KT Tunstall