BBC One
Lost Land of the Tiger
Main content 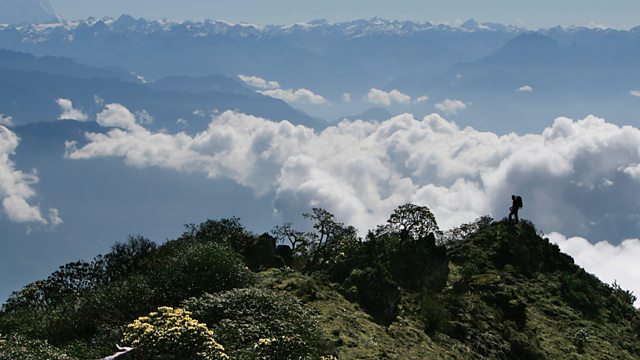 Lost Land of the Tiger
Episode 2 of 3

Series following an expedition to search for tigers in the Himalayas. The team leaves base camp to track down tigers. Kayaker Steve Backshall heads to Bhutan's eastern jungles.

The second part of the BBC Natural History Unit's wildlife adventure series following an expedition to search for tigers in the Himalayas.

The team strikes out from base camp to track down tigers throughout Bhutan. Kayaker Steve Backshall heads to the eastern jungles and is pushed to the absolute limit when he takes on a mighty white-water river. Big cat cameraman Gordon Buchanan deploys remote cameras far and wide, and he uses a clever fingerprinting technique to identify individual tigers from their unique stripe patterns.

Meanwhile, biologist Dr George McGavin is on a mission to India, where he finally comes face to face with the king of the jungle.

We follow the expedition every emotional step of the way as they strive to find evidence that could help to bring wild tigers back from the brink of extinction and safeguard their future.

See all episodes from Lost Land of the Tiger