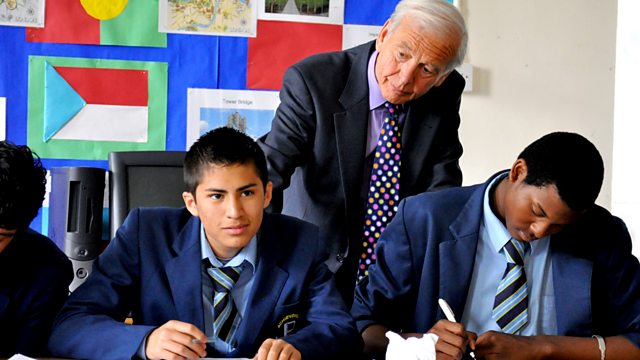 The broadcaster examines the reasons behind the educational attainment gap between advantaged and disadvantaged pupils, visiting schools and meeting parents, teachers and children.

John Humphrys examines the reasons behind the stark educational attainment gap between advantaged and disadvantaged pupils, which has stubbornly refused to narrow, despite the pledge made by successive governments to put education at the top of the political agenda.

This attainment gap is a problem that starts very early on, with experts saying that even before turning two, poor children have already fallen significantly behind in development. And when they reach school age, they are on average a year behind; by 14 two years behind; and by 16 half as likely to get five good GCSEs.

John travels the country visiting schools and meeting parents, teachers, pupils, tutors and researchers. He hears from teachers committed to finding ways to improve things and head teachers who have managed to turn failing schools around.

But he also uncovers the battles that exist for the best available education and how an increasing number of parents are using private tutoring companies to top up their children's education. Lee Elliott-Major of The Sutton Trust tells how research still suggests that the overwhelming factor in who does well in school depends on who the parents are, and John hears how parental choice for schools and the option for private education often exaggerate the social divide between the rich and the poor.

In Unequal Opportunities, John reflects on his own background and explores the dilemmas faced by parents wanting the best education for their children.

The film is part of BBC Two's School Season on air throughout September encompassing a range of programmes from documentary to drama to debate and at bbc.co.uk/schoolseason.