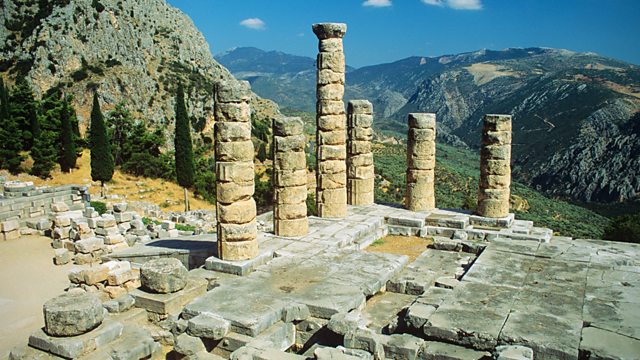 Melvyn Bragg and his guests discuss the Delphic Oracle, the most important and best documented source of prophecies in the ancient world.

Melvyn Bragg and his guests discuss the Delphic Oracle, the most important source of prophecies in the ancient world. In central Greece, on the flank of Mount Parnassus, lies the ruined city of Delphi. For over a thousand years, between approximately 800 BC and 400 AD, this was the most sacred place in the ancient world. Its chief attraction was the Delphic Oracle, which predicted the future and offered petitioners advice.Travellers journeyed for weeks for a chance to ask the oracle a question. The answers, given by a mysterious priestess called the Pythia, were believed to come straight from the god Apollo. At the height of Greek civilisation the oracle was revered, and its opinion sought in some of the most significant conflicts of the age. Its activities were documented by historians including Xenophon and Plutarch, and it was regularly depicted in Greek tragedy, most famously Sophocles's masterpiece Oedipus the King.With: Paul CartledgeA G Leventis Professor of Greek Culture at Cambridge UniversityEdith HallProfessor of Classics and Drama at Royal Holloway, University of LondonNick LoweReader in Classical Literature at Royal Holloway, University of London.Producer: Thomas Morris.