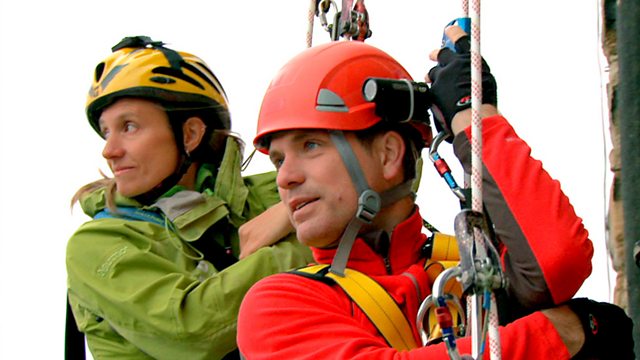 Dr Jonathan Foyle scales Britain's most iconic structures to reveal the buildings' secrets. His journey begins in the North East of England at Durham Cathedral.

Dr Jonathan Foyle, architectural historian and novice climber, scales Britain's most iconic structures, from the Normans to the present day, to reveal the buildings' secrets and tell the story of how our architecture and construction have developed over 1000 years.

Jonathan's journey begins in the North East of England at Durham Cathedral, one of the finest surviving examples of Norman architecture in the UK.

Jonathan, who has never climbed before, is aided by Lucy Creamer, one of Britain's top climbers, as he conquers his fears to scale over 140 feet to the top of Durham Cathedral to investigate how the Normans revolutionised building in this country. On his climbs, he comes face to face with the crumbling 1000-year-old stone with oyster shells hiding in the mortar, discovers carved stone arches influenced by the art of the Middle East and he braves a tightrope nearly 100 feet above the nave, to get a closer look at the revolutionary and beautiful stone ceiling.