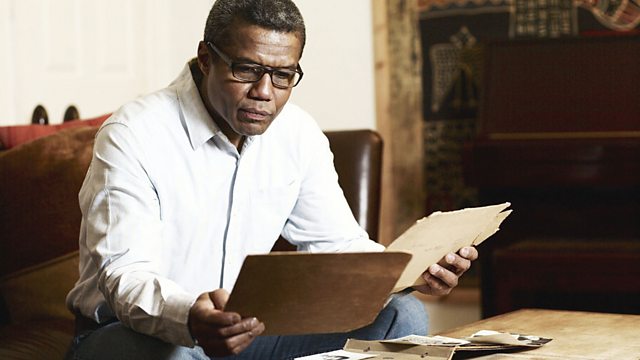 Holby City actor Hugh Quarshie traces his family tree to explore the lives of his ancestors, a journey which takes him to Ghana and then the Netherlands.

Nine celebrities trace their family trees to explore the lives of their ancestors and uncover major themes in British social history.

Holby City actor Hugh Quarshie was born in Accra, Ghana, but moved to Britain with his parents as a small child. Hugh knows there is Dutch ancestry in his family, a reflection of centuries of Dutch influence on Ghana's Gold Coast, but doesn't know where that bloodline began.

Hugh starts by travelling to Ghana to find out more about this mixed heritage. He visits his Uncle Jimmy in Accra. Jimmy is the son of Hugh's grandfather, William Reginald Phillips. He tells Hugh that his grandfather was a successful businessman, setting up a trading company. So where did he get the money to do this? Jimmy reveals that William's mother was Anna Kamerling, who was half-Dutch and lived in a town called Elmina.

Hugh travels to Elmina to find the Kamerling House. He discovers a new relative, his Aunt Gertrude, who tells Hugh that his grandfather's half brother became the chief of Abee. Hugh remembers that his mother used to call herself the Duchess of Abee. What did she mean? Hugh travels to Abee and meets the new chief, who tells him an interesting tale which could solve the mystery.

Hugh decides to travel to the Netherlands to find out if he can go any further with the Dutch side of his family. Here he encounters a whole line of the family tree he never knew he had. He uncovers a love story across time and race that is a microcosm of 19th-century coastal life on the Gold Coast.