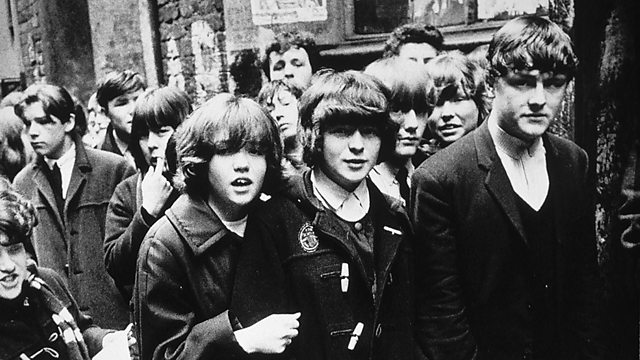 The story of how the north went from being Britain's economic engine room to cultural powerhouse. Andrew Martin explores how the north liberated itself and the country as a whole.

Documentary which sets out to show that the 1960s - the most creative decade of the 20th century - began not in swinging London but in smokestack northern England. It was from there that a new kind of voice was heard - cocky and defiant, working class, affluent, stroppy and sexy.

Novelist Andrew Martin explores how in 1960 the north asserted itself, came out of the closet artistically speaking, abandoned the cloth cap stereotype and in the process liberated itself and Britain as a whole. The story of how the north went from being the economic engine room of the country to cultural powerhouse is told through the work of northern writers such as Alan Sillitoe, Shelagh Delaney, Stan Barstow and Tony Warren. Thanks to their lead in conspicuously kicking over the old traces, by the end of 1960 if you wanted iconoclasm, humour, style and music, you definitely looked to the north.

The North on a Plate—Series 10