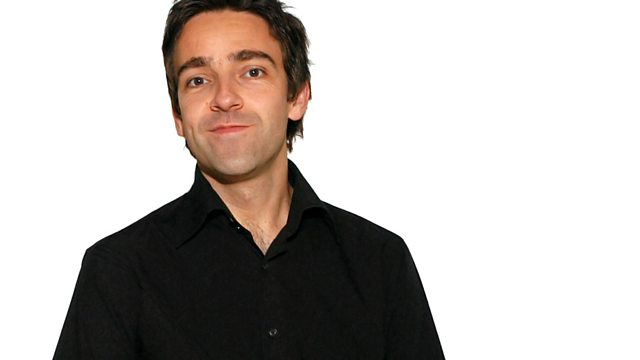 Andrew Collins sits in for Lauren Laverne to welcome in the weekend with Empire editor Mark Dinning's Friday Film Club, plus we beam a message and song into space in The WOW Signal.

Andrew Collins welcomes in the weekend with Empire editor Mark Dinning's Friday Film Club, Memory Tapes features five songs taken from a listener's old and much loved mixtape and Workers Playtime offers up half an hour full of MPFrees and Headphone Moments.

Plus we send a message and a song into deepest space via a radio telescope in southern England in this week's The WOW Signal.