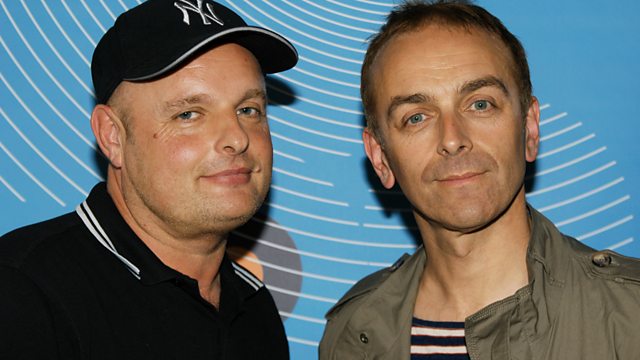 Karl Hyde from dance duo Underworld joins Dave Pearce for a special 6 Mix talking about the band's life in dance music, featuring another chance to hear them at Creamfields in 2002.

Karl Hyde from dance duo Underworld joins Dave Pearce for a special 6 Mix talking about the band's life in dance music. The band - made up of Hyde and Rick Smith - rose to prominence in the early 1990s with their seminal album 'Dubnobasswithmyheadman' which fused acid house with contemporary techno. 'Born Slippy', as featured on Trainspotting, propelled the band into the charts, and a series of electric live performances followed, cementing their reputation as one of the UK's biggest dance acts. As the band prepare to release their brand new album 'Barking' - featuring collaborations with Paul Van Dyk, Mark Knight and High Contrast - Karl join Dave to pick the tunes which have sound tracked their journey in dance music from the 1980s to the present day, including tunes by Freeez, LTJ Bukem, Orbital and Mr Fingers. They also talk the album's genesis, their return to more song-based music and how they ended up collaborating with so many different producers on the record. In the final half hour of the programme, there's a chance to hear one of their blistering live performances, recorded for the BBC at Creamfields in 2002.

Back to the Phuture