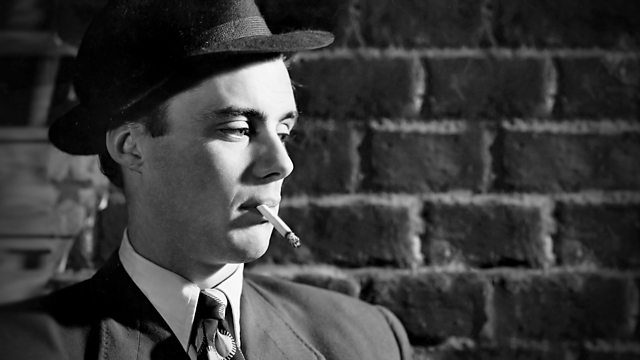 The Essay British Cinema of the 40s
Episode 5 of 5

In five personal interpretations, Simon Heffer traces the ways in which 1940s British cinema moved from galvanising the public to stand firm against the enemy during the war to reflecting a reaction against state control and a new challenge to supposedly common values in the post-war period.

Very far in its mood from apparently subversive and anti-establishment late 1940s Ealing comedies such as Whisky Galore and Passport to Pimlico, The Blue Lamp depicts a fractured post-war world which its original audience recoiled from when the film was first released. At the heart of the story is the shooting dead in cold blood of a kindly policeman on the beat.

Simon Heffer examines how deeply this film differs from the depiction of a cohesive society of settled and agreed values that had been the staple of wartime cinema with its shared sense of an external enemy to be defeated. He goes on to consider the real life changes in society which had led Ealing to depict this story in film: individuals no longer willing to accept orders as they had done in the war, their aspirations no longer containable within the bureacratic lines ordained by the state. And, in conclusion, he considers how, having helped Britain win the war, the film industry was now beginning to reflect a fractured new society which just might be about to lose the peace.

Kind Hearts and Coronets—British Cinema of the 40s