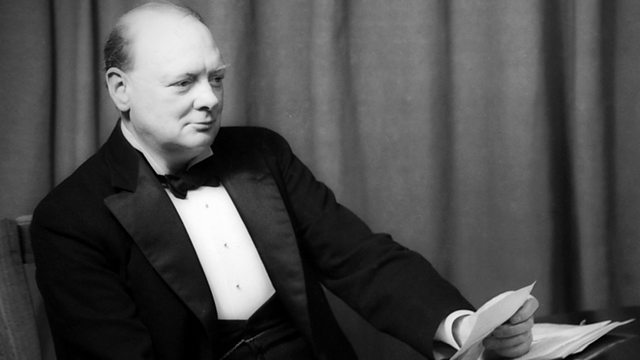 Winston Churchill's is the Great Life chosen by Lord Digby Jones, former Director General of the CBI. Expert contribution comes from Professor David Reynolds. Both men have vivid memories of the day in 1965 when, as children, they heard that Churchill had died. Surprisingly this is the first time that Churchill has been nominated in the series.

Considered by many a busted flush in the 1930s, Churchill is now remembered as our greatest wartime leader - his speech before the Battle of Britain still sends a shiver down the spine. But his great qualities and personal flaws remained inextricably linked. David Reynolds has uncovered a stark revelation about Churchill's real state of mind at the time he made that speech, while Digby Jones argues that the ability to instil confidence in people even when there is little rational hope of victory is one of the signs of a great leader. He believes that no one made his mark on the last century in the way that Churchill did.

David Reynolds does not subscribe to the Great Man theory of history. He is the Professor of International History at Cambridge University. Known to Radio 4 listeners as the writer and presenter of "America, Empire of Liberty", he has also written extensively on Churchill, including the book "In Command of History" about Churchill's memoirs of World War Two. The presenter is Matthew Parris.