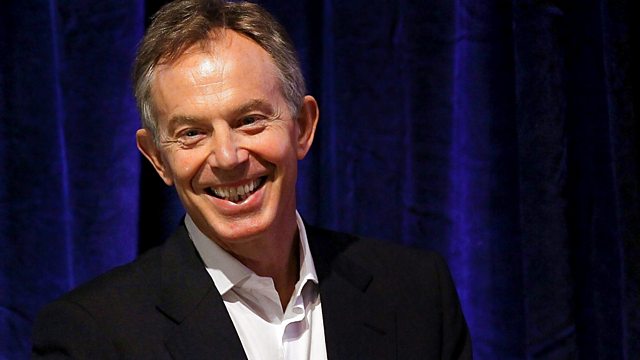 Philip Dodd in extended conversation with former prime minister Tony Blair in the aftermath of the publication of his much-anticipated memoirs, A Journey.

Philip Dodd in extended conversation with Tony Blair, in the aftermath of the publication of his much anticipated memoirs, "A Journey".

The former prime minister has said in advance "I have tried to write a book which describes the human as much as the political dimensions of life as prime minister". Philip Dodd asks him about these human dimensions - Tony Blair's attitudes to politics, money, socialism, his faith, his personal qualities and his reflections on his time at number 10 now that he has been out of office for three years. In amongst the life and death decisions that included leading Britain into an unpopular war, does a prime minister have time for any self-reflections on how power is changing him as an individual?

'Should Britain Give up its Delusions of Grandeur?'