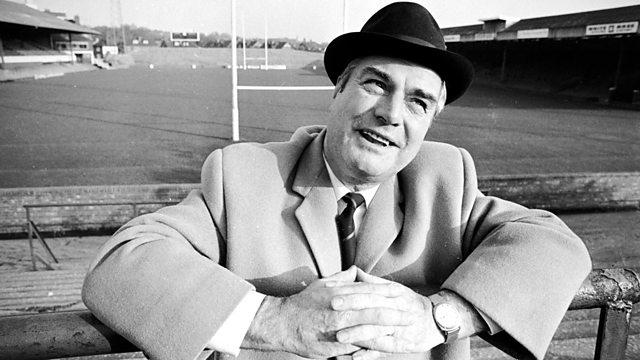 Documentary about Eddie Waring, an expert, entrepreneurial visionary who helped raise rugby league's profile but a man derided by critics as an embarrassing northern caricature.

Eddie Waring introduced millions of TV viewers to rugby league, but within his own northern heartland he was both loved and loathed. For some he was loveable Uncle Eddie, to others an embarrassing northern caricature who appeared on light entertainment shows and failed to take the game seriously. Waring painted a picture of 'the north' that caused problems on his home patch. Were people laughing with him, or at him, at the game of rugby league and the wider north?

He was also more than a hired voice, he was an expert and an entrepreneur - a fixer and a visionary who entered dangerous territory as he attempted to take the game to new levels. This is the story of his controversial role in the history of rugby league.