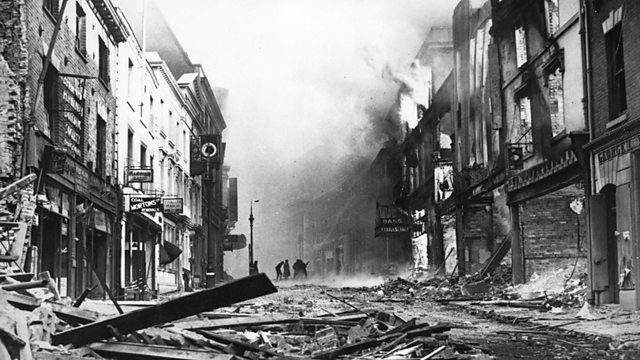 Bandits of the Blitz

Duncan Campbell on how Second World War looters and gangsters thrived during the bombs, blackouts and rationing. From 2010.

With Britain at war and London under siege from the Luftwaffe, everyone's pulling together. Or are they? Whilst bombs rained down and long-suffering Brits helped each other, some people were simply helping themselves - stealing, looting, and making money on the black market.

The blackout and bombing provided perfect cover for safe cracking and Post Office raids. Professional criminals thrived. People like Billy Hill, who despite prison terms used his wartime muscle to become, in his words, "Boss of Britain's Underworld".

Even as the war ended, rationing continued, and the black market flourished. Presenter Duncan Campbell unearths once-secret papers that put Billy Hill at the centre of London's organized crime in the 1950s.

Using archive accounts and talking to people who were there, Campbell tells the tale of crime on the home front. With interviews from Billy Hill's son, Justin Hill, former jewel thief Peter Scott, veteran ex police officers, and historians and academics.

Presenter Duncan Campbell is a former crime correspondent for the Guardian.