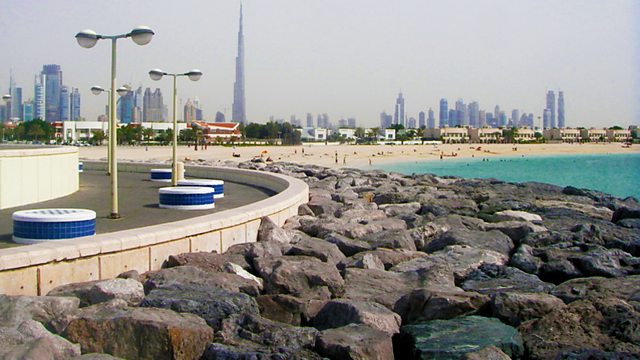 RGS/BBC dream-travel competition winner Nick Hunt follows the fate of a group of migrant Indian workers in Dubai as they re-integrate with their families at home after years away.

Each year, the Royal Geographical Society in association with BBC Radio 4 offers a prize for the best adventurous dream-travel idea. This year's winner is Nick Hunt and his award-winning project is to investigate the little-heard-of lives of the migrant workers - mainly from the Indian subcontinent - constructing the steel and glass towers of Dubai.

Says Nick: "Beneath the gleaming skyscrapers of downtown Dubai, twenty Indian men huddle on a rooftop under a torn plastic sheet. Homeless, jobless and far from their families, some have been trapped here for years, victims both of the economic downturn and the systematic exploitation of migrant labour. I follow in the footsteps of one, ex-construction worker Ramu, who has managed to make the journey home to a remote part of rural Andhra Pradesh. Ramu's story is the story of how the Dubai dream turned sour, and of the hardships faced by migrants when boom turns to bust..."