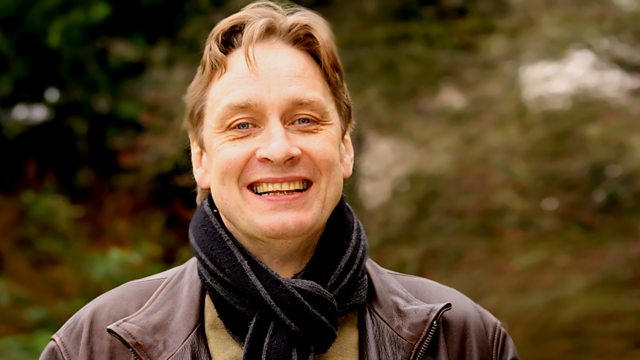 Discovered in the basement of the British Library: Proms legend Sir Henry Wood's substantial collection of concert programmes dating from the 1900s and covering musical events across Europe and beyond. Bound into a succession of volumes proudly displaying their owner's name in gold leaf.

In Sir Henry's Hoard, Stephen Johnson uses this fabulous collection to build a picture of concert life of the day: the great performers (for example, Pablo de Sarasate, Fritz Kreisler, Arthur Nikisch); the hot new music of the day (Richard Strauss, Max Reger, Gustav Mahler); the first early music revival, embracing music from Monteverdi to Bach; the late 19th century 'golden period' for women's music-making; the often (to us) strange make-up of concerts, with the overture often last, for example.

There's also a look at how advances in printing techniques made it possible for such programmes to be produced swiftly, attractively and cheaply, together with a sideways glance at the exotic range of businesses that might advertise in such publications, from umbrella and hat makers to life assurance salesmen.

Why did Henry Wood join the exchange scheme that circulated such concert programmes, his own included? Just to be well-informed....or as a route to furthering his fledgling career?

Along the way, Stephen Johnson visits the site of the Queen's Hall where Wood made his name through the Promenade Concerts, and the Hitchin church where his wartime funeral took place, a few miles from his last 'home' - the Cromwell Hotel in Stevenage. He also tracks down two stray volumes of programmes that turned up in Cambridge.

And of course there's plenty of music, much of it from major performers of Henry Wood's day...and plenty from 'Old Timber' himself.