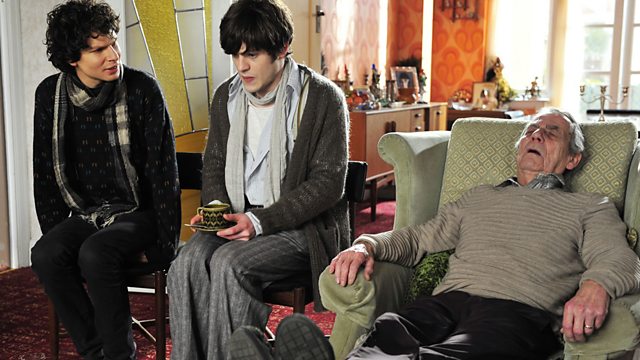 Sitcom. Simon reads a book which leads him to believe that he might be able to control the universe.

Sitcom written by Simon Amstell and long term collaborator Dan Swimer. The series stars Simon Amstell playing a version of himself - a television presenter searching for something more meaningful to do with his life. Each episode takes place at his Grandma's House, where Grandma welcomes her family, desperate to see everyone happy.

Simon has fallen in love. He has also read a book which leads him to believe that he might be able to control the universe. The family aren't very impressed with either. Grandpa has invited Deborah Adler to visit, Grandma doesn't like her and is less than happy. Liz has had to take extreme measures to try to get her son Adam into a new school.

The Day Simon Decided He Was Forlorn—Series 1

See all episodes from Grandma's House