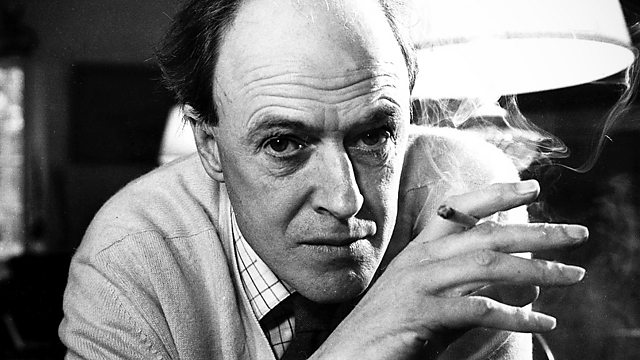 Book of the Week Storyteller: The Life of Roald Dahl
Episode 1 of 5

Donald Sturrock's account of Roald's life begins at the dinner table and in his hut in Buckinghamshire. With Julian Rhind-Tutt.

"Roald Dahl thought biographies were boring. He told me so while munching on a lobster claw."

The new biographer of Dahl is Donald Sturrock, who once made a film about the writer, so knew the man and his family very well. His book charts Dahl's rich and varied life as fighter pilot, intelligence operative, and the adult writer who then wrote for children in such an impactful way that he remains hugely popular with today's young readers. He was truly on their wavelength. He spoke to them through books such as Charlie and The Chocolate Factory, The BFG and Danny, Champion of The World.

Sturrock investigates Dahl's eternal popularity as a writer. And of course the man behind the books...

1.In the first of five episodes, abridged by Alison Joseph, the biographer sits at the Dahl dinner table and recounts a memorable visit to the writer's hut, where certain treasures are unearthed.