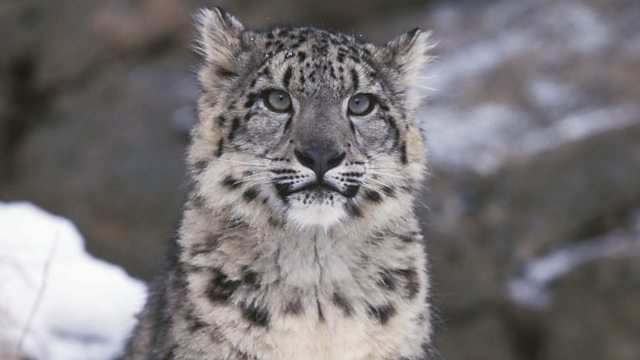 Documentary looking at the variety of wild animals inhabiting the Himalayas, from monkeys, wolves and bears to foxes, snow leopards and pheasants.

Documentary looking at the wildlife of the most stunning mountain range in the world, home to snow leopards, Himalayan wolves and Tibetan bears.

Snow leopards stalk their prey among the highest peaks. Concealed by snowfall, the chase is watched by golden eagles circling above. On the harsh plains of the Tibetan plateau live extraordinary bears and square-faced foxes hunting small rodents to survive. In the alpine forests, dancing pheasants have even influenced rival border guards in their ritualistic displays. Valleys carved by glacial waters lead to hillsides covered by paddy fields containing the lifeline to the east, rice. In this world of extremes, the Himalayas reveal not only snow-capped mountains and fascinating animals but also a vital lifeline for humanity.

See all clips from The Himalayas (8)