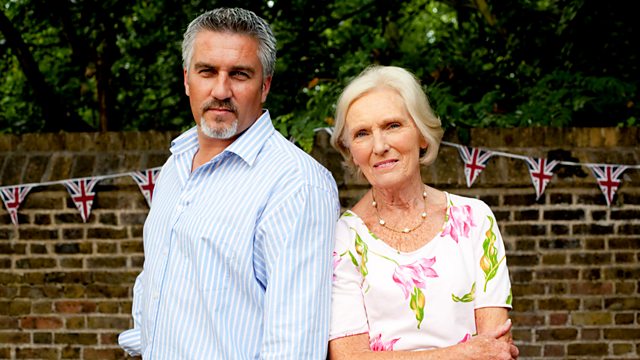 The Great British Bake Off Series 1
Episode 1 of 6

Ten home bakers take part in a bake-off to test their baking skills and battle to be crowned best amateur baker. They begin with cake in the Cotswolds.

The competition kicks off with cake in the Cotswolds, then moves to Scotland to tackle biscuit baking, then Sandwich in Kent for bread, Bakewell in Derbyshire for puddings, Mousehole in Cornwall for the pastry challenges, and London for the grand final.

Judging the baking are renowned baking writer Mary Berry and professional baker Paul Hollywood; presenting the show are Mel Giedroyc and Sue Perkins, who trace the very particular history of British baking by visiting local baking landmarks and discovering why people bake what they bake today.

This first show uncovers that Queen Victoria is responsible for Britain's wedding cake tradition, that the Puritans tried to ban cake because it was too pleasurable, and that cake baking contributed to women's liberation.

The ten bakers tackle three increasingly difficult challenges as their cake-making ability is tested. They start with their signature bake - the cake they love that says something about them. Next up is the technical challenge - a blind recipe for Victoria sandwich that delivers drastically different results. Finally they tackle the ingredient even professionals fear - chocolate. Whose chocolate celebration cake will win the day? And which two bakers will leave the show at the end?

See all recipes from Cakes

See all clips from Cakes (2) 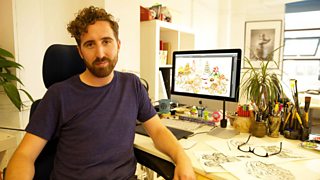