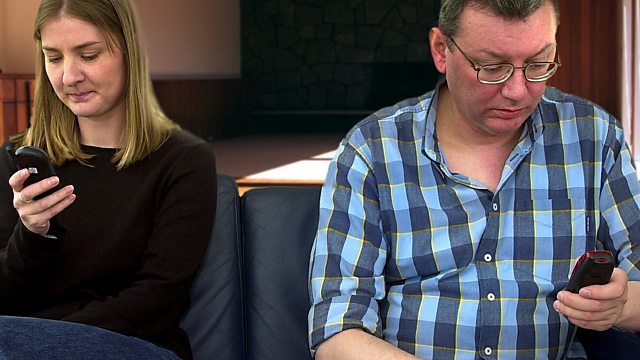 Recorded for Training Purposes, the sketch show about modern communication, ends its fourth series. Described as "brilliant" by the Telegraph, it does sketches about how and why we talk to each other, and what we have to say. (There's an especially good sketch about the music they use on gameshows.)

The show had an open-door policy, meaning that anyone could send the show sketches. Some 1500 were sent in this way, with every single one being read by a script-editor or producer - with the funniest stuff getting recorded and broadcast. In addition, a small number of the new writers who got material broadcast this way in series three were given one-to-one script-editing notes and feedback from the production team as part of BBC Radio Comedy's commitment to discovering and developing new writing talent.

The scripts were edited by award-winning writers James Cary, Jason Hazeley and Joel Morris. James' writing will be familiar to Radio 4 audiences from the his sketch show Concrete Cow to his sitcoms Think The Unthinkable and Hut 33. He also co-writes, with Milton Jones, Another Case of Milton Jones. Jason and Joel have written sketches for Mitchell & Webb on both TV and Radio, The Armstrong & Miller Show, The Peter Serafinowicz Show, and are the best-selling authors of Bollocks to Alton Towers: Uncommonly British Days Out.

See all episodes from Recorded for Training Purposes