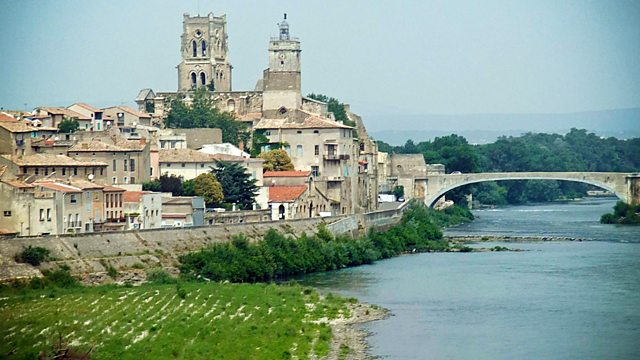 Mike Thomson explores an American document suggesting that the mass hysteria and four deaths in a French town in 1951 wasn't caused by poisoned bread but by the CIA testing LSD.

On August 16th 1951 a number of people in the quiet southern French town of Pont St.Esprit began to fall ill. Stomach pains were soon followed by violent and often terrifying hallucinations. Local hospitals were soon overwhelmed and more than thirty people were taken to asylums in nearby towns. It was soon decided that the cause was bread poisoning and the evidence pointed to just one Bakery. The reason, it was believed was 'ergot', a fungal infection found in Rye bread which had often caused mass poisonings in Medieval times.

But documents obtained by the American writer Hank Albarelli suggest that rather than simple 'ergot' there was a strong possibility that the symptoms and the nature of the outbreak were not a tragic accident. In his research in to the mysterious death of the CIA biochemist Frank Olson and his post-war work on LSD and its uses as a biochemical weapon he got hold of papers implying Olson's connection with the Pont St Esprit outbreak.

Mike follows up the claims talking to experts in LSD and its impact, historians of the cold-war search for the perfect biochemical weapon and agricultural scientists specialising in ergot poisoning. He also visits the town of Pont St Esprit and talks to one survivor, the local postman Leon Armundier, about the events of 1951. Leon describes of the horrors he faced as a young man, being forced into a straight-jacket for a week as burning sensations and images of snakes raged around him.
Many in the town are uneasy at re-opening the old story about Le Pain Maudit - the evil bread - preferring the establishment 'truth' that it was just a tragic accident. But there are some who believe a proper examination of the facts still hasn't taken place.