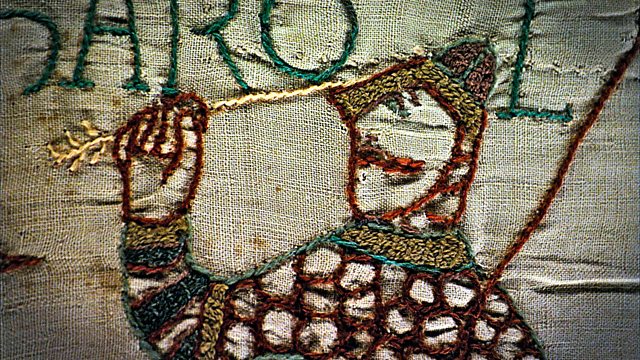 The Normans
Episode 2 of 3

Documentary series. Robert Bartlett explores the impact of the Norman conquest of Britain and Ireland, and looks at how England adapted to its new masters.

In the second of this three-part series, Professor Robert Bartlett explores the impact of the Norman conquest of Britain and Ireland. Bartlett shows how William the Conqueror imposed a new aristocracy, savagely cut down opposition and built scores of castles and cathedrals to intimidate and control. He also commissioned the Domesday Book, the greatest national survey of England that had ever been attempted.

England adapted to its new masters and both the language and culture were transformed as the Normans and the English intermarried. Bartlett shows how the political and cultural landscape of Scotland, Wales and Ireland were also forged by the Normans and argues that the Normans created the blueprint for colonialism in the modern world.

Men from the North

Normans of the South

See all episodes from The Normans