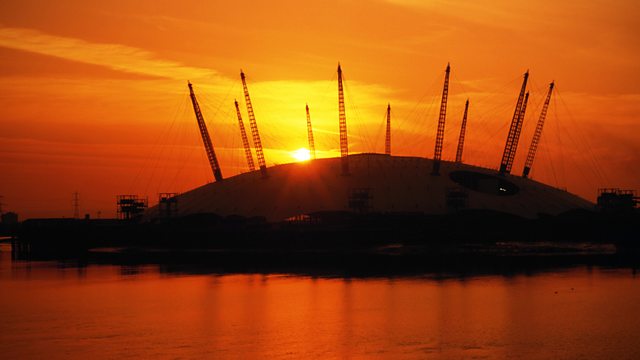 Sue MacGregor gathers together the key people responsible for building, co-ordinating and realising the creative concepts that became The Millennium Dome at Greenwich.

Following Labour's landslide election victory in May 1997, the Prime Minister Tony Blair was determined to change the way Britain saw itself and he seized upon the idea - mooted under the outgoing Tory government - to have a major event to celebrate the forthcoming new millennium.

After much discussion and heated argument it was decided to build a dome on the site of a disused gasworks on East London's Greenwich peninsular. It would stage a grand millennium extravaganza and house a year-long exhibition to rival the 1951 Festival of Britain.

It was a hugely controversial decision from the very start, and became a project rife with argument, sackings and constant flack from the press.

The person who took the brunt of the criticism was Chief Executive Jennie Page, who was eventually sacked - shortly after the opening night. This is the first time she has spoken publically about her personal millennium experience.

Sue also hears some hitherto unreported and little known stories of both the pain and the excitement of life under the Dome.