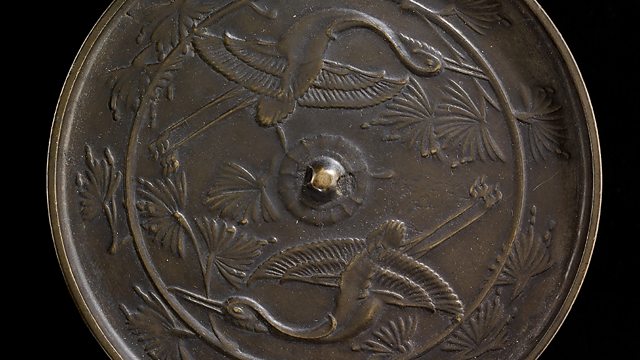 Neil MacGregor continues his global history, focusing on the traders, pilgrims and raiders who swept across Europe and Asia between the 9th and 13th century.

Neil MacGregor, the director of the British Museum in London, continues his global history as told through objects that history has left behind.

This week Neil has chosen objects that bring to life the traders, pilgrims and raiders who swept across the vast expanse of Europe and Asia between the 9th and 13th centuries.

His quest takes him to a glass beaker that is believed to turn water into wine and a thorn said to be from Christ's crown of thorns, but he begins with a great Viking treasure hoard that was discovered by metal detectors in a field in North Yorkshire in Britain.