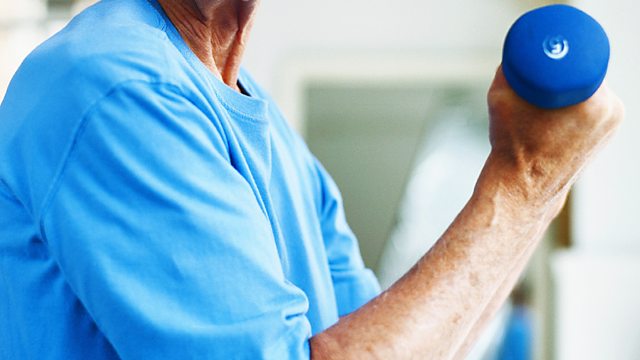 Vivienne Parry hears how new research into the science of muscles is giving hope to the many thousands of people who suffer from muscle wastage due to illness or ageing.

We're all familiar by now with being told to "use it or lose it" when it comes to certain aspects of our health and bodies, and never more so than for muscles.

But in this edition of Frontiers, Vivienne Parry hears how new research in to muscle wastage is turning the accepted view on its head.

The detailed molecular pathways within muscles are beginning to be understood well enough for drug companies to target new ways of replacing what is lost, offering hope to the many thousands of people in Britain who suffer from muscle wastage due to illness or ageing.
Producer: Sue Broom.