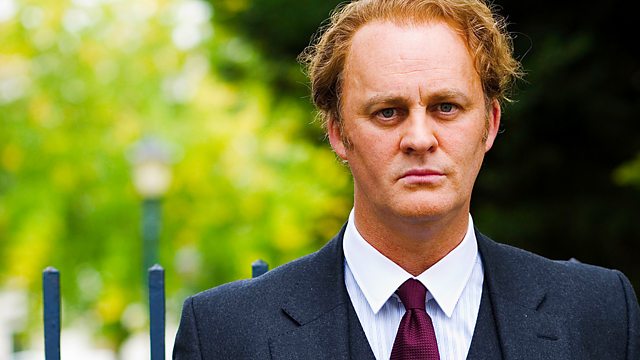 Antiquity is a lively audience sitcom about the staff of an antiques shop in the fictional town of Newby-On-Wye.

Sassy, cutting, clever, perceptive and in desperate need of a job, Faye Chambers is new to the team. She joins Rupert Bull, an old school bounder and cad who has somehow managed to survive into the 21st Century, and Toby Atkins, his useless but enthusiastic assistant manager.

Rupert won the shop in a poker competition many years ago, and sees it as little more than a way to make a fast buck. In this pilot episode, the immeasurably lovely local shop-owner Mr Richards has a set of priceless Faberge eggs that need restoring.

John-Luke Roberts and Gareth Gwynn have written for a wide variety of Radio 4 shows including The News Quiz, The Now Show, Listen Against, Laura Solon - Talking And Not Talking, Laurence And Gus - Hearts And Minds and many more. Gareth Gwynn was a finalist in the BBC New Talent contest "Show Me The Funny" in 2007 and won the Channel 4 Talent award for radio comedy. John-Luke Roberts wrote and performed the Radio 7 series Spats ("more entertaining than the whole of Live Earth... lovely, peculiar stuff" - The Guardian). He currently has a play in development with the Hampstead Theatre.

See all episodes from Happy Tuesdays