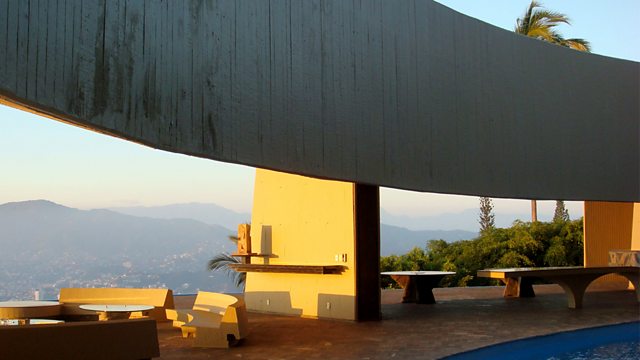 'The purpose of architecture,' said John Lautner, 'is to create timeless, free, joyous spaces for all activities in life.'

Documentary feature film, tracing the lifelong quest of visionary genius John Lautner to create 'architecture that has no beginning and no end.' It is the story of a complicated life - and the most sensual architecture of the 20th century.

As a young man Lautner broke from his mentor, Frank Lloyd Wright, and went west to California to forge his own unique style. His life was marked by innovation and inspiration, endless battles with building codes, an accidental leap into the epicenter of pop culture, bitterness at lost opportunities and, finally, monumental achievement. Lautner was idolized by young modernists, criticised by academics and beloved by the clients who worked side by side with him to build their houses. It was a life in pursuit of beauty.

Renowned architectural filmmaker Murray Grigor explores Lautner's dramatic spaces with choreographed camera moves, as Lautner himself provides the commentary, speaking with insight and wit in recordings culled from archival sources. Other voices join him - comment from Frank Gehry and his peers who were influenced by Lautner, the emotional memories of original clients, owners and builders, the remarks of Frank Escher -the architect who restored the Chemosphere house- and Julius Shulman, who famously photographed all the great modernists.

Original drawings and historical photographs from the John Lautner Archives at the Getty Museum are layered with the artistic photography of seminal buildings, bringing to life Lautner's quest to create timeless space.