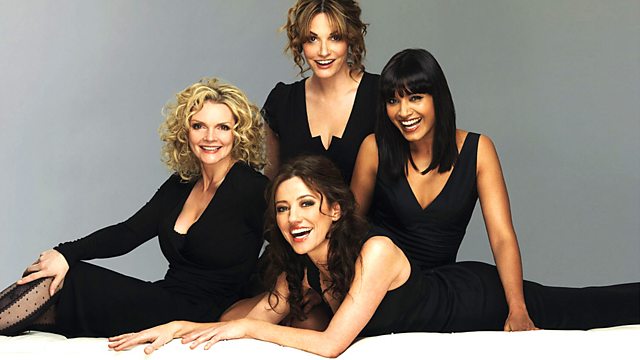 Drama series about the lives of four female friends. Two years have passed and the bond between Katie, Trudi, Jessica and Siobhan has been shattered. What could have happened?

Two years have passed and the once-unbreakable bond between best friends Katie, Trudi, Jessica and Siobhan has been shattered. As the girls gather it's clear their relationship has changed dramatically: there's tension in the room and no happy greetings. What could have happened to bring them to this?

Six months earlier, Katie returned from Australia after her relationship with Dan failed. Her life isn't back on track; she's lonely but pretending she's fine. When her widowed mum Vivienne turns up on her doorstep after travelling abroad she's less than thrilled. The pair have a frosty relationship and Vivienne's interfering doesn't make things easy. Vivienne sees Katie embarking on another potentially explosive and destructive relationship, but Katie refuses to listen to her mother.

Trudi's cake-making business has grown and it's taken over her life. Richard is now a stay-at-home dad, and with three teenage girls to keep in line it's a tough job. Their relationship is struggling under Trudi's increasing workload so an offer from investor Chris Webb to buy the business is more than welcomed by Richard. However Trudi won't consider giving it up, causing Richard to confide in someone who could destroy everything.

Jessica is desperate to have a baby. A miscarriage 18 months ago and no luck since has made her realise what she really wants from life: a family. With Mark still recovering from bankruptcy, IVF looks unlikely until he seeks a loan from a secret source.

Siobhan is a happily single mum enjoying the quiet life with her daughter Elsa, but when Elsa's father Dominic visits from America it's not just his daughter who's thrilled to see him. There is a huge shock in store for her that will change her plans entirely.

See all episodes from Mistresses