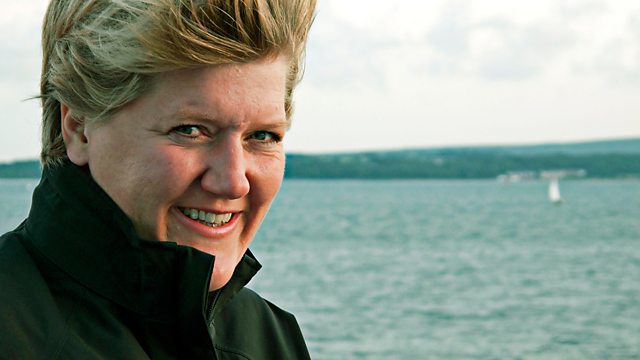 The Isle of Wight

Britain by Bike
Episode 3 of 6

Clare Balding's cycle journey around the Isle of Wight explores its unique sense of otherness, a strange power which helped to cure Dickens's writer's block.

Clare Balding sets out on a two-wheel odyssey to re-discover Britain from the saddle of a touring cycle.

In a six-part series, Clare follows the wheeltracks of compulsive cyclist and author Harold Briercliffe whose evocative guide books of the late 1940s lovingly describe by-passed Britain - a world of unspoiled villages, cycle touring clubs and sunny B roads.

Carrying a set of Harold's Cycling Touring Guides for company and riding his very own Dawes Super Galaxy bicycle, Clare goes in search of the world he described with such affection.

Her journey to the Isle of Wight explores its unique sense of otherness - a strange power which could cure Dickens's writer's block, repel the deadly attentions of the Luftwaffe and give Victorian poet laureate Tennyson a comforting sense of his own death.

See all episodes from Britain by Bike