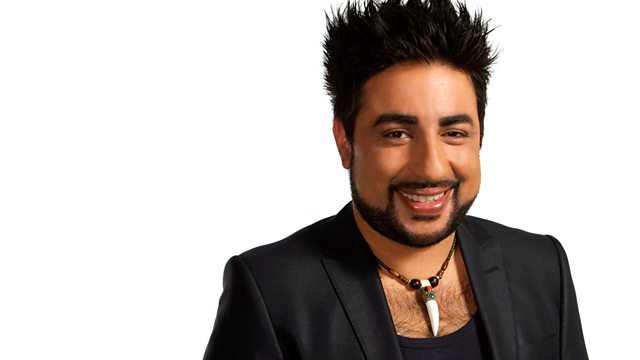 Bobby Friction looks at the changes and challenges in the Desi pub's place in the Punjabi community in West Bromwich. The original working man's club feel is vanishing.

Bobby Friction looks at the changes in the Desi pub's place in the Punjabi community in West Bromwich. Set up in the model of the British working man's club, the Desi pub now needs to adapt to survive. And there is tension from the Sikh temple in the area who forbid the use of alcohol.

With unprecedented access, Bobby Friction takes a tour of the many 'Desi' (South Asian) pubs in West Bromwich, near where he lives, and asks what part the pub plays in the Punjabi community.

The pub is a great British tradition, but as the Asian population established themselves in Britain, the first Desi pub was opened in Southall. And the Desi pub has become a regular fixture in areas like West Bromwich, which is highly populated by Asians and in particular Punjabis - many of whom class themselves as following the Sikh religion.

Originally the pubs had a working man's club atmosphere and were populated by the older generation of foundry workers, but as entertainment and food increased in the pubs, landlords began trying to attract more families. Most older Asian women don't visit pubs or drink alcohol. However, the next generation of young Asians, men and women, are far more likely to be found in mixed pubs catering for all communities than in purely Desi pubs.

Right next door to one of the pubs visited by Bobby is a Sikh Gurdwara (temple). He talks to religious leaders who are concerned that the pubs are encouraging drinking - which is against the Sikh religion - and making people waste their money and time. There is also worrying evidence that the Punjabi community has the highest incidence of death from alcohol-related illnesses than any other community in the UK.

Other contributors see the positive side of the pubs, explaining that they keep the community in touch with their roots. Also, the Bhangra music scene emerged from the Desi pub and today they support this music industry with live bands and DJs, as well as jukeboxes playing purely Desi music.

What do these shifts say about the Punjabi community of West Bromwich and the British immigrant experience?