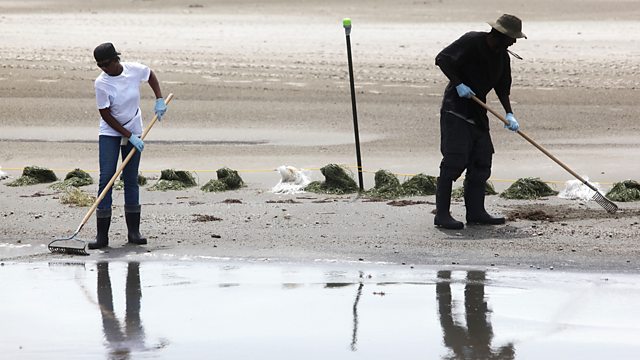 Peter Marshall meets people affected by the Gulf of Mexico oil spill in Louisiana and the lawyer trying to help them secure compensation. Presented by Kirsty Wark.

Oil giant BP says it has set aside $32.2bn (£20.8bn) to cover the costs linked to the oil spill in the Gulf of Mexico, and has posted record losses of $17bn for the three months between April and June. The company has also confirmed the departure of their chief executive, Tony Hayward.

Peter Marshall reports from Louisiana where he has been meeting some of the people directly affected by the disaster, and the US lawyer trying to help them secure compensation from BP.

See all episodes from Newsnight