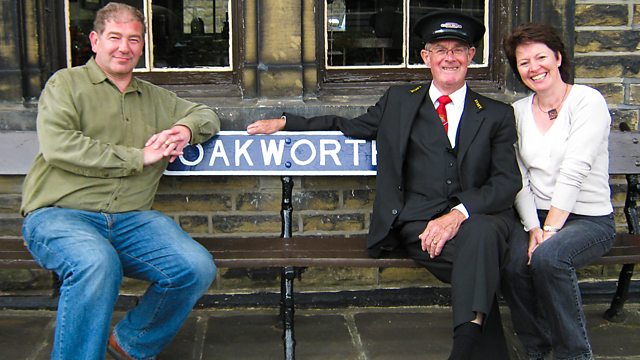 Keighley and Worth Valley - The Railway Children at 40

Forty years after Lionel Jeffries arrived to make his classic film The Railway Children, Helen Mark hears what it meant to the people of the Keighley and Worth Valley Railway.

It was back in spring 1970 that Lionel Jeffries and his film crew first descended on the Keighley & Worth Valley Railway in West Yorkshire to begin making the classic British film, The Railway Children. To this day, the film remains a firm family favourite with many people remembering the images of the children sitting on the fence waving to the Old Gentleman or running down the embankment to stop the train after a landslide. The film's closing scene remains a tear-jerker as the steam clears on the platform to reveal Mr Waterbury standing on the platform being greeted by his daughter played by Jenny Agutter. To the people living along the Keighley and Worth Valley though, the real star of the film was their railway. The Keighley and Worth Valley Railway is a standard gauge branch line, joining the national railway network at Keighley and running 5 miles along the Worth Valley to Oxenhope with the stations of Ingrow, Damems, Oakworth and Haworth along the way.

Helen Mark begins her journey along the 5 mile stretch of the Keighley & Worth Valley by catching the train at Oxenhope with Jim Shipley, former Station Master at Oakworth Station. Many of the film's classic scenes were filmed at Oakworth Station and several local people were used as extras. Jumping off the train at Haworth, Helen meets up with Graham Mitchell, who 'starred' as himself opposite Bernard Cribbins' s portrayal of Perks the Porter. Graham reveals more about the history of the railway which was built by local mill owners back in 1867 and eventually bought outright by local people who opposed its closure by British Rail in the early 60s. The line eventually reopened in 1968 and two years later The Railway Children arrived. The railway never looked back.

Helen joins Bill & Betty Black for a picnic lunch overlooking the embankment from which the children would sit on the fence and wave to the Old Gentleman at the back of the train. 40 years ago the couple had a picnic in the same spot with their children while they watched the filming take place and they remember the impact the film had on the local community.

Finally Helen arrives at Oakworth Station where much of the filming took place, in particular the final tear jerking scene as Mr Waterbury emerges from the steam onto the platform to be reunited with his family. Helen hears from David Petyt, current Station Foreman and one of the 350 volunteers who run the railway, and David Pearson who was 15 years old at the time of filming and who played a part in that final moving scene. Generations of families now visit the valley to see where the film was made and travel on the steam trains that still play such an important part in the life of the valley.