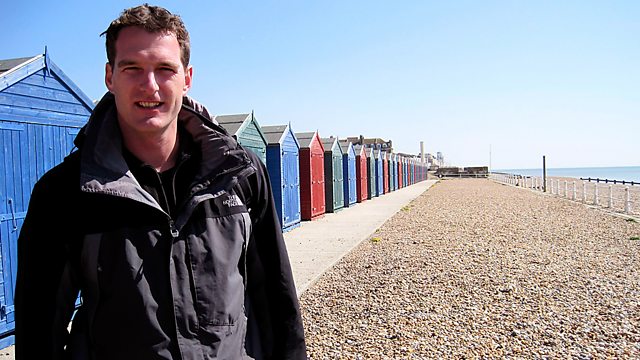 Dan Snow finds out what the British landscape tells us about our Norman predecessors, beginning on the cliffs where William the Conqueror first arrived.

As part of the BBC's Norman season, historian Dan Snow puts his walking boots on and sets off to see what the British landscape can teach us about our Norman predecessors. From their violent arrival on these shores to their most sustaining legacies, Dan's three walks follow an evolutionary path through the Normans' era, from invasion to conquest, to successful rule and colonization.

On the Sussex coast, along the Welsh border and on the edge of the North York Moors, Dan explores the landscape and whatever evidence might remain; earth mounds, changing coastlines, viewpoints, and of course the giant stone castles and buildings that were the great symbol of Norman rule. All these elements offer clues as to how the Norman elite were ultimately able to dominate and rule our Anglo-Saxon kingdom.

The exploration begins on the Sussex coastline, on the cliffs overlooking the Channel, where William the Conqueror and his army first encountered British soil in the run-up to Hastings. But whilst the end result of William's invasion is in no doubt, how much do we really know about events leading up to the battle?

From Hastings to the town of Battle, Dan's first walk traces events in the two-week period between the Norman landings and the battle itself. By exploring the coastline and investigating what the opposing armies did for two weeks, Dan begins to satisfy his curiosity about why the battle took place when and where it did.