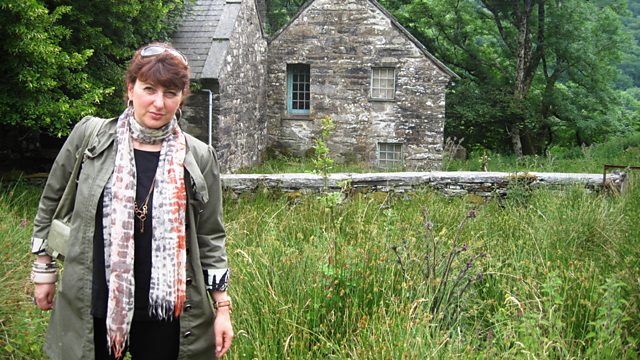 PR supremo and businesswoman Julia Hobsbawm takes Wendy Robbins to Hampstead and north Wales. The child of Marxist historian Eric, she grew up amid the country's leading thinkers.

PR supremo, professional networker & businesswoman, Julia Hobsbawm, takes Wendy Robbins to London's Hampstead & rural Wales. Julia was born in 1964 and grew up among the country's leading intellectuals and communists in London's Hampstead. Her father is the Marxist historian, Eric Hobsbawm, who fled Germany in the 1930s as Hitler came to power. Life at home in North West London was a whirl of dinner parties, "German" lunches, and mittel-European salons - hosted expertly by Marlene Hobsbawm whose parents had fled anti-semitism in Vienna. Despite this family history Julia says that she learned about the Holocaust from TV. Meanwhile, at her grandmother's appartment nearby she revelled in big Jewish family get-togethers and a different sort of politics altogether - here, people voted Tory and followed entrepreneurial paths.
This is where the very unacademic Julia - with terrible A levels & no degree - would forge strong bonds with her grandmother's niece, Gretl, who ran a manufacturing business making dresses for Marks & Spencer.
Julia also travels to the Croesor Valley near Portmeirion in rural north Wales. This is where the family spent all their holidays throughout Julia's childhood in a house rented from the architect & local landowner Clough Williams Ellis. He delighted in renting out the cottages on his estate to intellectuals, writers, radicals and artists. Here, as well as London, Julia mixed with many of the great & good - of great benefit, as she admits, to the networking career she would establish as an adult.
Producer: Rosamund Jones.