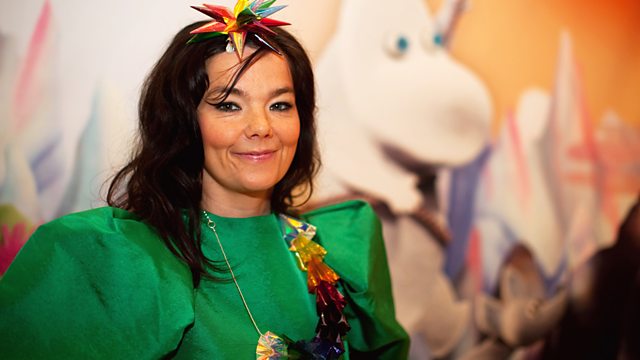 Bjork on the Moomins, and revamping Scarborough

Bjork on her love of the Moomins, created by Finnish writer Tove Jansson; historian Ian Mortimer on his first novel as James Forrester; a report on regenerating Scarborough.

Icelandic singer Bjork discusses her love of the Moomins, the children's book characters created by Finnish writer Tove Jansson, and the new song she has written for the animated film version.

A report on the cultural regeneration of Scarborough. Front Row talks to local artist Kane Cunningham who has bought a studio which will slowly fall into the sea. Author G.P. Taylor discusses how Scarborough influences his work and why he cannot now leave. Plus Kirsty speaks to novelist Andrew Martin, who grew up in Yorkshire and continues to write about the North through fiction such as The Last Train to Scarborough, about the beauty of the area.

Coco and Igor reviewed, James Nesbitt and Minnie Driver in The Deep