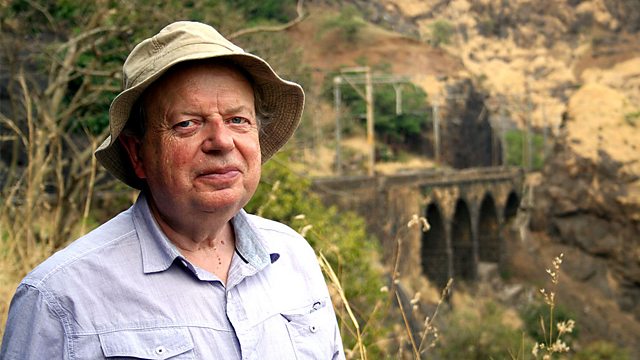 John Sergeant on Tracks of Empire
Episode 1 of 2

John Sergeant embarks on a 3,000 mile journey through the history of the greatest legacy the British left to India - its vast rail network, the biggest in Asia.

John Sergeant embarks on a unique 3,000 mile journey through the history of the greatest legacy the British left to India - its rail network. The biggest in Asia, it runs on 40,000 miles of track and reaches every corner of the subcontinent. Proposed in 1853 by Governor General Lord Dalhousie, it would become the biggest engineering project of its time and instrumental in every chapter of India's history.

Starting in Kolkata, Sergeant traverses India from east to west, travels through turbulent Bihar state, visits the Victorian railway town of Jamalpur, and discovers why the construction of the Dufferin Bridge at Varanasi resulted in Victorian technology and ingenuity clashing with ancient religion, before ending his journey at the border with Pakistan.

Even though Mahatma Gandhi denounced the railways as evil, Sergeant reveals how it became a civil engineering triumph that united the country and played a crucial role when India became independent in 1947.

See all episodes from John Sergeant on Tracks of Empire