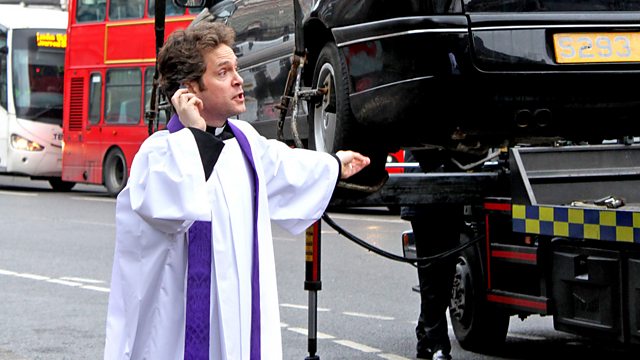 Comedy about a vicar running an inner-city church. Adam opposes the opening of a lapdancing club near the school, but soon finds himself conducting research in one of its branches.

Meet the Rev Adam Smallbone. He is a Church of England vicar, newly promoted from a sleepy rural parish to the inner-city world of St Saviour's in east London. It is a world he has little experience of, and it shows.

It is an incredibly difficult job being a good, modern, city vicar. Equally, it is a very hard job being married to one. Alex, Adam's long-suffering wife, does her best to support him, but she has her own career as a solicitor to worry about. Plus she is no one's idea of a conventional vicar's wife.

Every day throws up a moral conflict. All are welcome at St Saviour's and Adam can't turn any of them away, even if they are clearly lying or just plain annoying.

Adam's decision to allow a Muslim children's prayer group to use the church for classes brings his congregation's prejudices to light. Inspired by the clear moral stance he sees in the Islamic classes, Adam decides to take a stand himself and oppose a lapdancing club threatening to open opposite the school. When he finds himself in one of the branches checking out pole dancers in the name of research, things become rather more complicated.

See all episodes from Rev.

Behind the Scenes of Rev 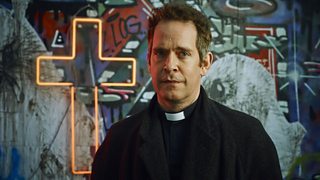 Behind the scenes on the first day of shooting series 1 of Rev.